I made this salad three times this week (two potlucks and one just for me).

Dr. Jonas. Each of my boys have loved this doctor set. It was once Mark’s a long time ago. 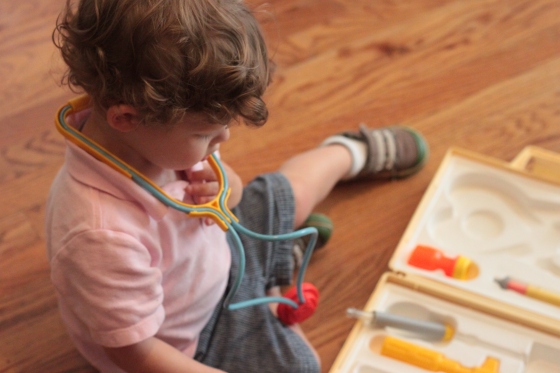 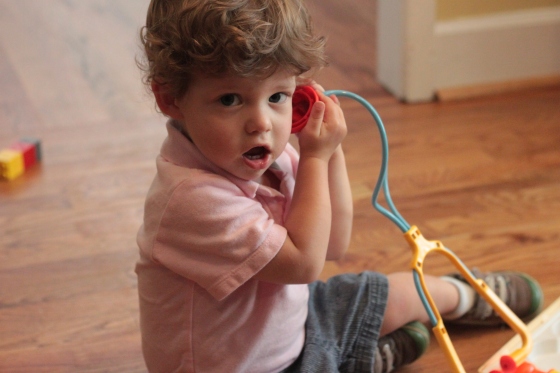 Silas stays busy. Although this means flecks of neon dough in the crevices of my kitchen table and our back door rug. 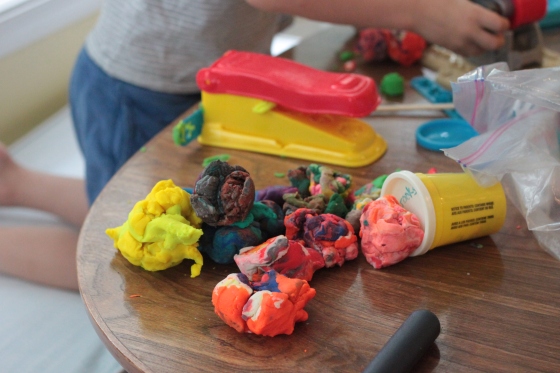 He is usually pretending to be a baker. 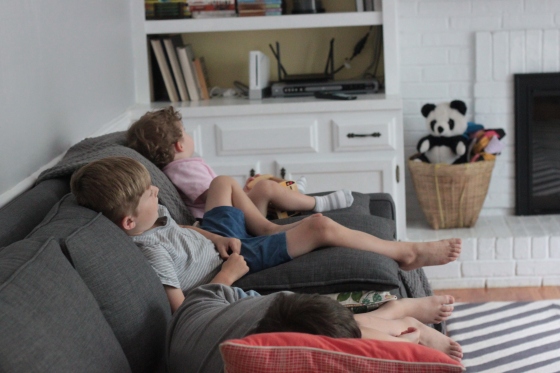 Our first strawberry. We had a volunteer plant sprout up in the middle of the garden. I think we may get a small bowlful.

My two little helpers. We were making a King’s Cake (Galette des Rois) from our last month’s Little Passports box. Traditionally its supposed to be made for Epiphany and a small figurine is supposed to be hidden inside. I didn’t have one so we did a bean and Silas got the slice with the bean which made him the king for the evening. The cake went in looking good but the sheet pan buckled and the inside slid out.

This is what came out. It actually tasted really good so we will probably be trying this again in the future.

I made biscuits. Jonas took one bite and he was done. I won’t trust his opinion.

We took the paci away because we had a break in travel and visitors. We had a couple of rough bedtimes at the beginning (which was expected). One night he decided to strip out of his pajamas. I crept in to redress him but he woke up which set off two hours of crying. We are now paci free. It only took two bedtimes and two naps. 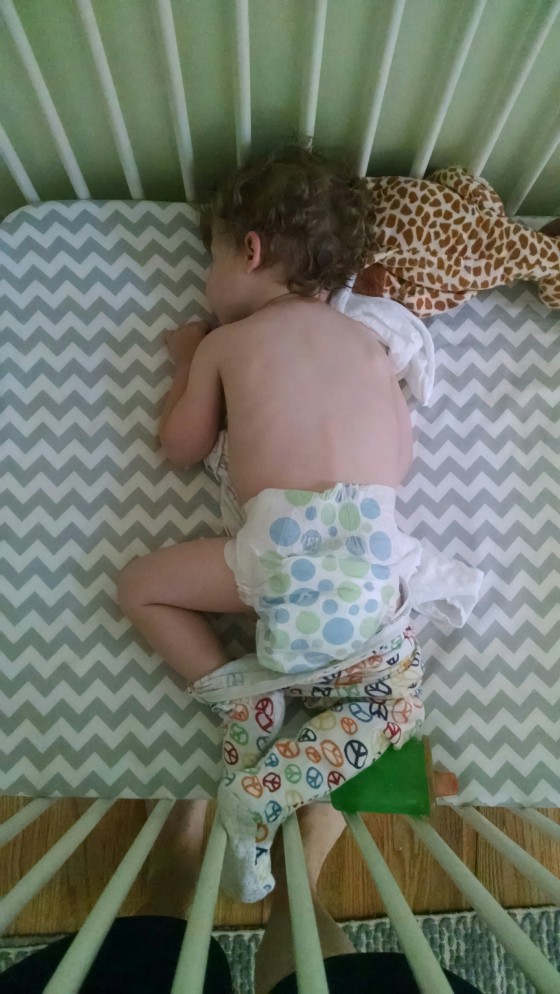 Making the King’s Cake with the boys.

A gift from Silas.

Brooks dresses himself every morning. I usually don’t notice until we are walking Brooks to the bus. Silas’ legs are in the bottom of the screen. He gets crazy when Brooks gets off the bus.

“Mom there are ships in my bowl.”