Mark and I took a trip without Brooks to New York last week. While he hung out with Mimi and Grandpa Carter, Mark and I were doing things we normally don’t get to do (eat together, stay up late, and not worry about naps). It was a wonderful escape from our daily lives and I savored every minute. 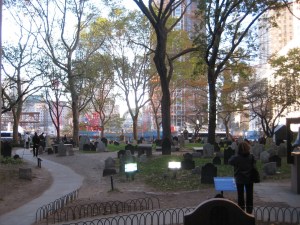 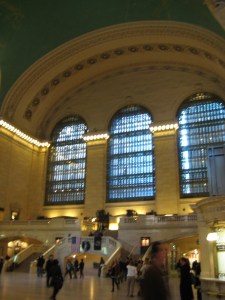 Grand Central Station – we were both in awe of this place. Its so beautiful inside.

One of the stops on my list was the Today Show. Unfortunately because Jon Bon Jovi decided to be there the same day it was too crowded, so I missed the whole show.

We did get to see the Christmas Tree at Rockefeller Center. They had just put it up that day, so it didn’t have any decorations on it yet.

Mark and I are big fans of “30 Rock” so it was exciting to see NBC Studios. 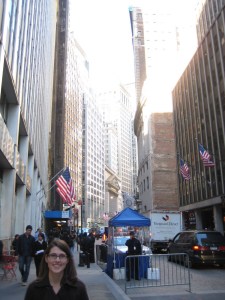 We also made a stop at Wall Street and 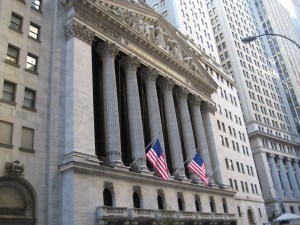 This church was near Wall Street and I thought it was so picturesque I had to take a picture.

The above is a picture of our meal at a chocolate restaurant called, Max Brenner’s.

Both of Mark’s cousins live in NYC so they were great tour guides during the visit. Here we are at Times Square.

Mark in awe of Chinatown 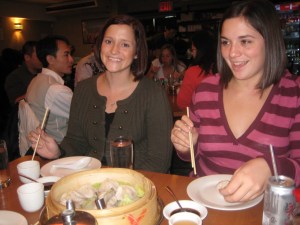 Lastly, Mark and I enjoyed a slice of NY pizza before we left. We had a great time and I really feel in love with the city. I hope to visit again very soon.